What are Hashtags and How to Use Them – #hashtags 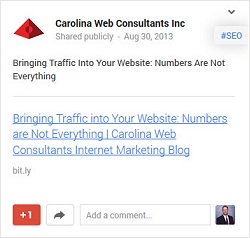 Hash tags have been around for a while on Twitter but are now starting to come of age on Facebook, Youtube, Pinterest,  Googleplus and Google search. Google search is supporting a news feed for hash tags for major subjects and actually classifying posts into major hash tag categories. If you put a major hash tag like #obamacare, #seo or #nfl into Google search expect to see a news feed on the right. Right now if just seems to be for really active subjects, but clearly Google is going after the real time news feed turf of Twitter.

A hash tag is merely a identifying label to index Twitter, Facebook posts or Google posts by subject. Now google is starting to assign hashtags to indexed content. I noticed in Googleplus that you can actually see hash tags that Google is assigning to posts. Note, this is not a hash tag that is in the content of the post, but a hash tag that Google is assigning. You can find it in the top part of the post on your news feed. Not all posts are being assigned hash tags, but just ones that find into major categories.
Here some suggestions for the small business user for using hash tags:

For more information on hash tags in Google index go to How do I use Hashtags on Google search?

Bringing Traffic into Your Website: Numbers are Not EverythingInternet-Marketing-News
Creating an Audience and Boots on the Ground MarketingUncategorized